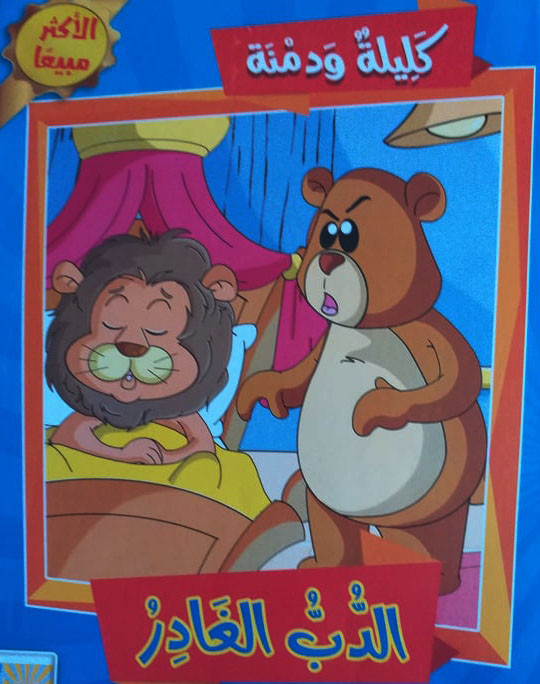 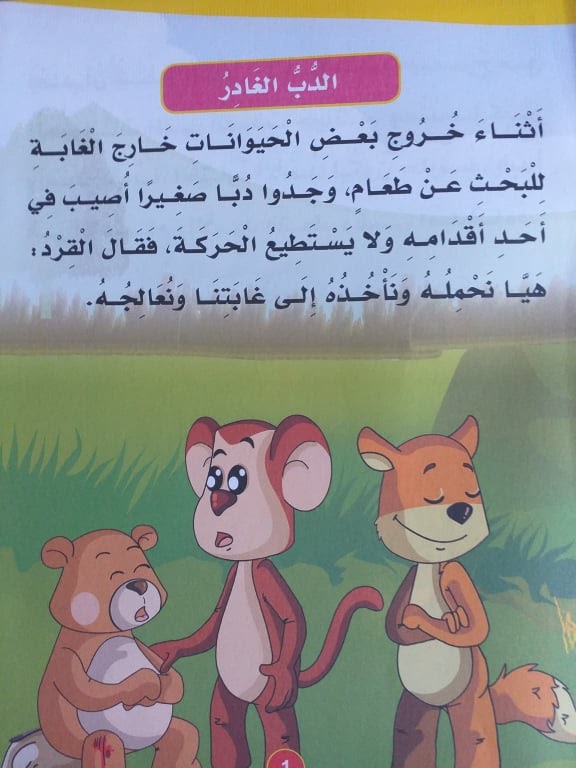 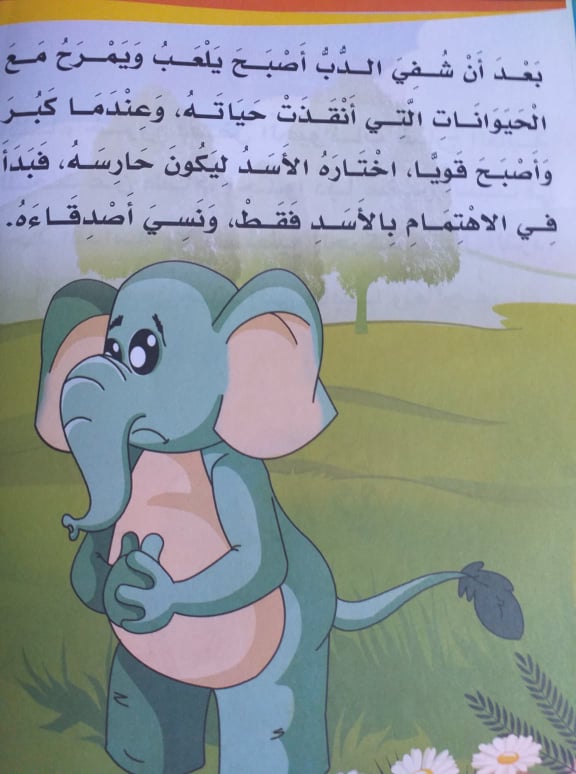 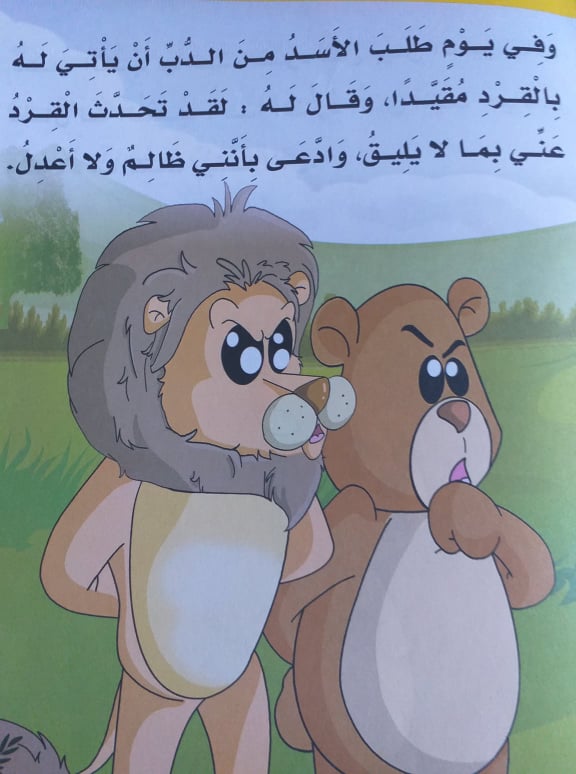 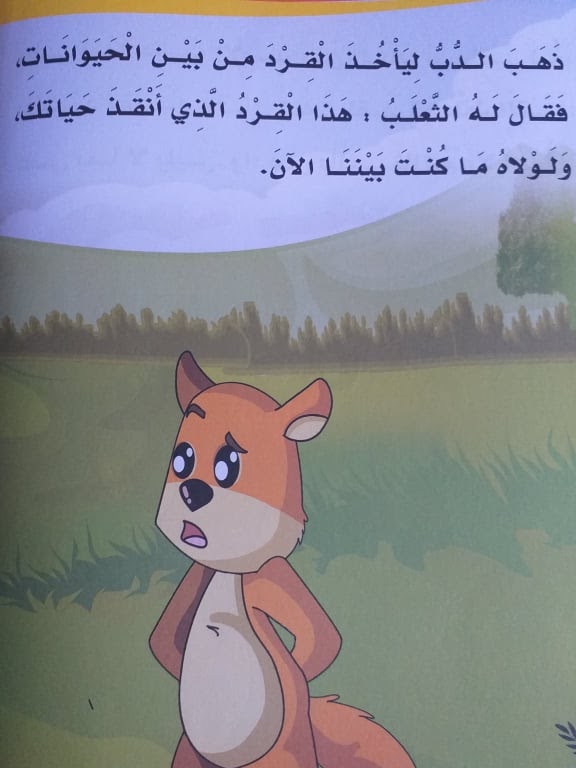 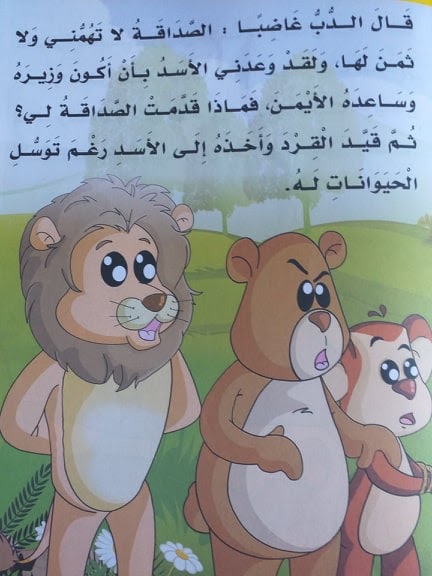 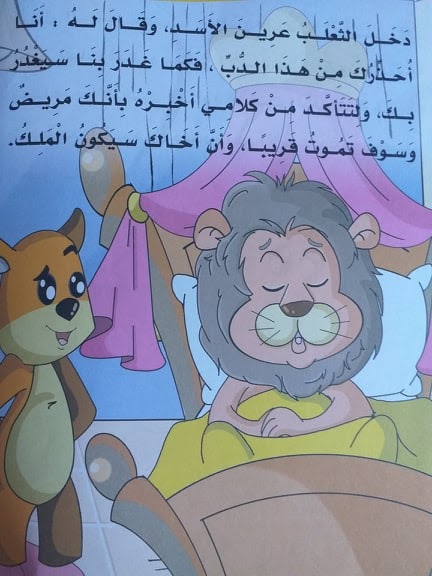 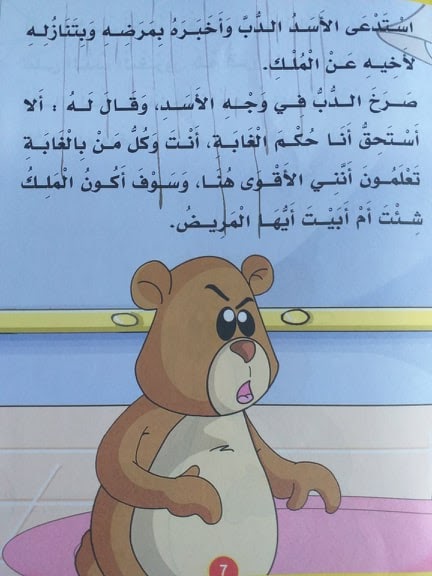 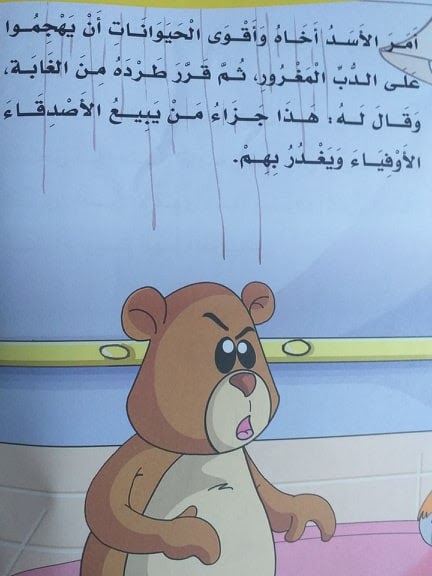 While some animals outside the forest to search for food

They found a small bear hit on one of its feet and unable to move. The monkey said: Let's carry it and take it to our forest and treat it.

That saved his life

When he grew up and became a village, Assad chose him to be his guard, so he started caring only for Assad and forgot his friends

On the day the lion asked the bear to bring him to the monkey tied up and said to him: The monkey spoke about me inappropriately and claimed that I am unjust and fair

The bear went to take the monkey among the animals

And the fox said to him: This monkey who saved your life and without whom you would not have been between us now

The bear said angrily: Friendship does not interest me and has no price

Assad promised me to be his right hand minister and aide

What did friendship offer to me?

The fox entered the lion's den and told him: I warn you of this bear

Just as he betrayed us, he will betray you

And to be sure of my words, tell him that you are sick and that you will die soon and that your brother will be the king

The bear shouted at the lion's face

And he said to him: I am not worthy of judgment of the jungle

I will be the king, whether you like it or not, patient

Then he decided to drive him out of the jungle and told him: This is a reward for selling and betraying loyal friends
دمتم بخير
سلسلة قصص كليلة ودمنة قصص اطفال جديدة
عن كاتب المقال