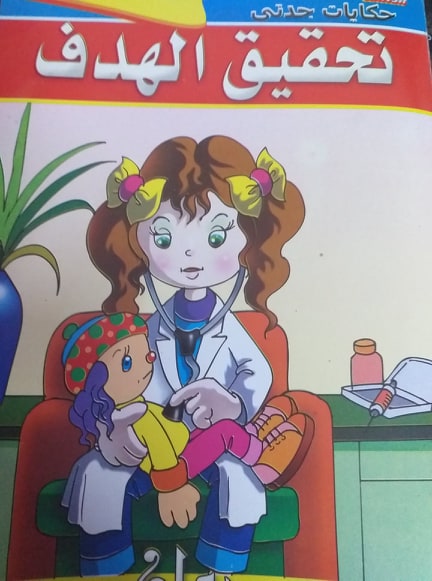 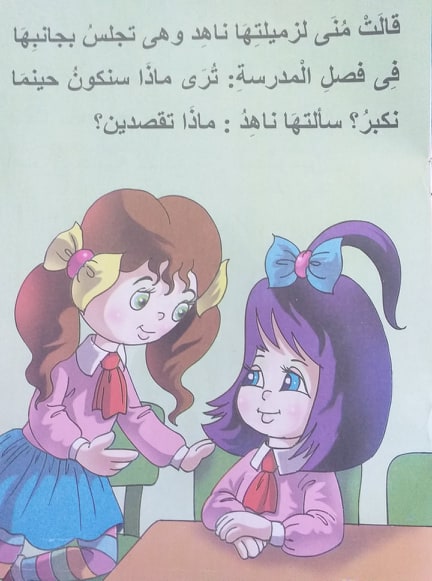 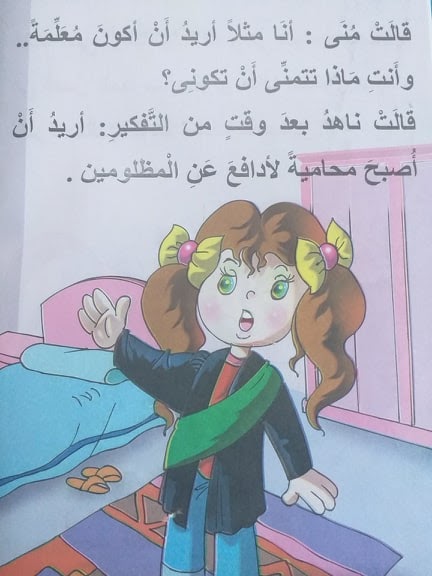 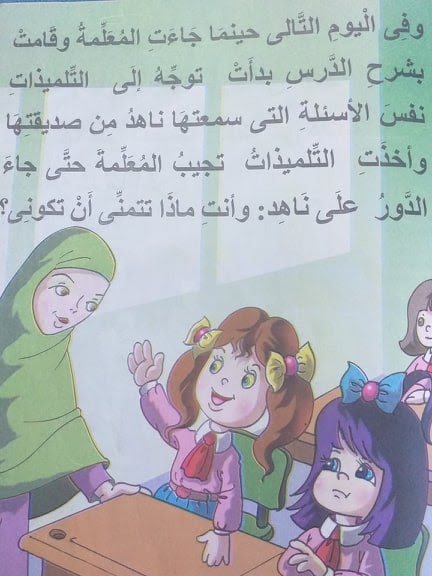 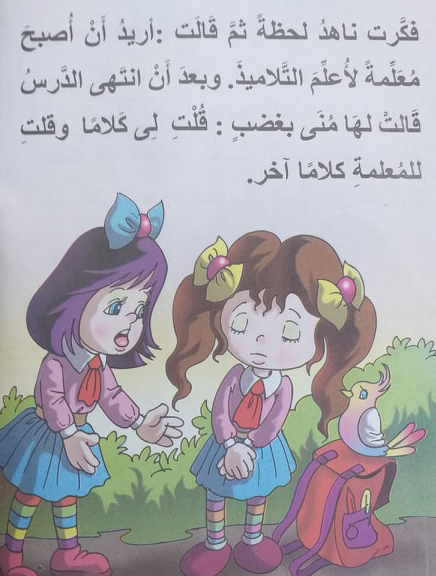 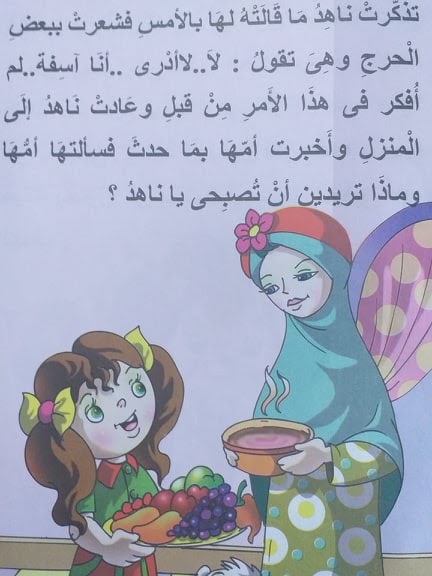 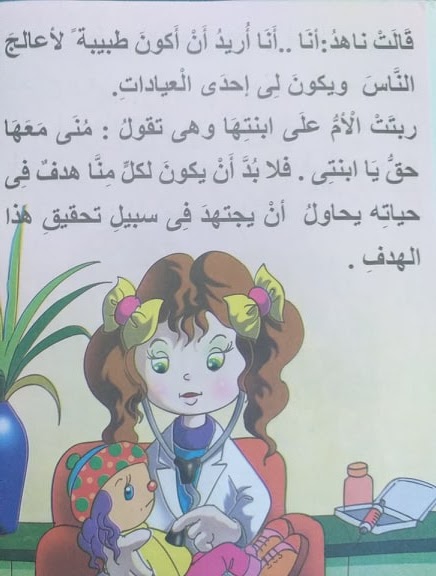 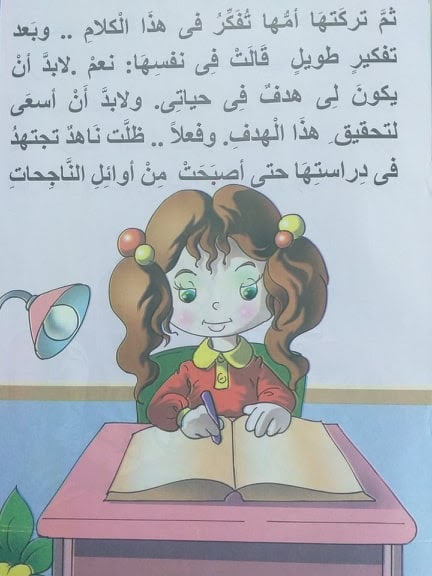 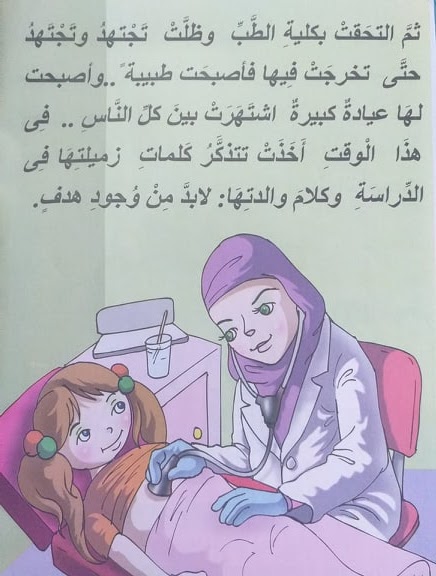 Mona said to her colleague, Nahid, sitting next to her in the school class,: What will we be when we grow up? Nahed asked her: What do you mean?

Mona said: For example, I want to be a teacher.

And you, what do you wish you to be?

Nahed said after a while

I want to become a lawyer to defend the oppressed

On the next day, when the teacher came and explained the lesson, she started to ask the students the same questions that Nahed heard from her friend, and the students took the answer to the teacher until the role came to Nahid: What do you wish you to be?

I thought Nahed for a moment !!

I want to be a teacher to teach the students

After the lesson ended

Mona angrily said to her: You told me words and told the teacher other words

Nahed remembered what she told her yesterday, and she felt a little embarrassed when she said: No ... I know

I regret ... I hadn't thought about this before, Nahid returned to the house and told her mother what had happened, so I asked her mother and what do you want to become, Nahid?

The mother raised her daughter when she said: Mona has a right, my daughter

Then her mother let her think about these words

After a long thought

She said to herself

Yes, I must have a goal in my life and I must strive to achieve this goal

Nahid strived to study her, until she became one of the first successful women
منتظره ارائكم في التعليقات
دمتم بخير