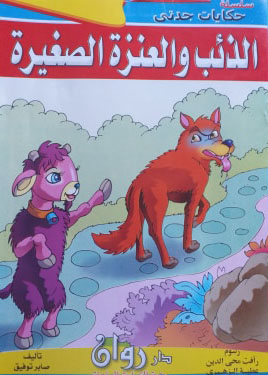 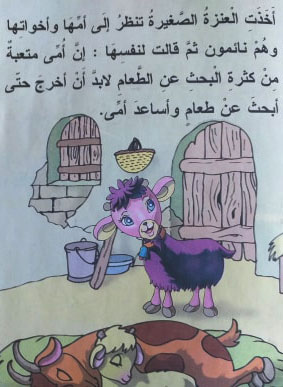 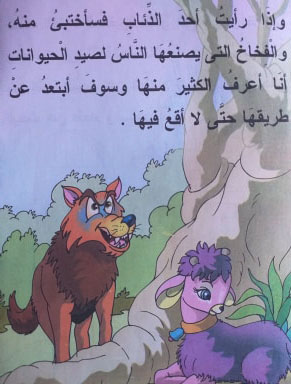 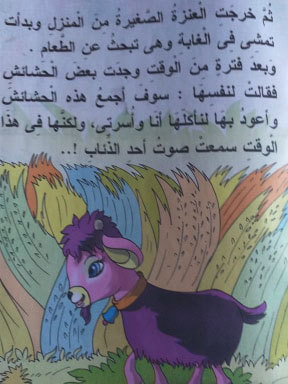 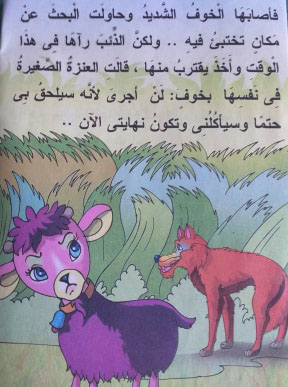 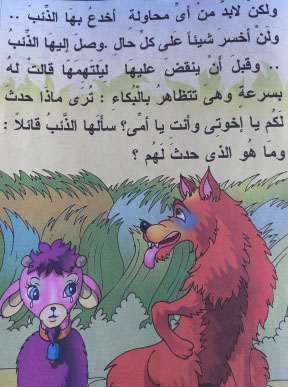 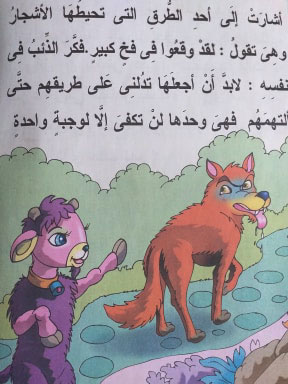 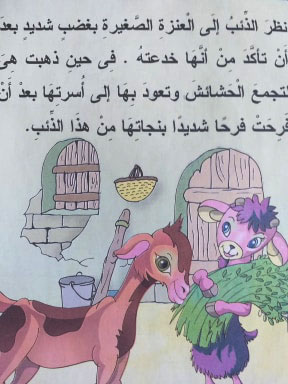 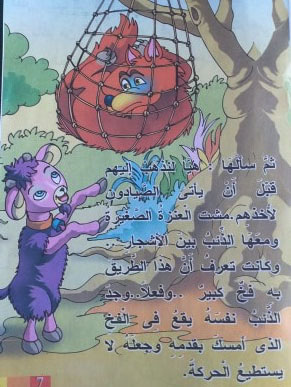 She took the little goat looking at her mother and sisters while they were sleeping. Then she said to herself: My mom is tired of searching for food. I have to go out until I search for food and help my mother.

And if I see a wolf, I will hide from it, and the traps that people make to hunt animals

After a while, she found some weeds and said to herself: I will gather these weeds and return them to be eaten by me and my family, but at this time I heard the voice of one of the wolves!

The little goat said to herself in fear

I will not run because he will definitely catch me and he will eat me and my end will be now ...

But there must be any attempt to deceive the wolf

I will not lose anything after all

The wolf reached her and before he swooped on her to devour her, she quickly said to him while pretending to cry: See what happened to you, my sisters, and you, my mother?

The wolf asked her, saying what happened to them?

She pointed to one of the roads surrounded by trees, saying: They have fallen into a big trap

The wolf thought to himself: I must make it show me their way to their devouring

It alone is not enough for only one meal, then he asked her

The little goat and the wolf walked among the trees

And she knew that this road had a big trap

Whereas, she went to gather weeds and bring her back to her family, after she rejoiced greatly with her deliverance from this wolf.
دمتم بخير